Feeling excited. Coming soon on An Author’s Mind (https://elizabeth-gates.com ). Denitta Ward, Author of the ‘Somewhere’ series of novels will help us understand Americans who may not have a voice. 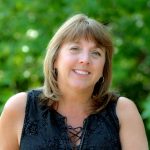 Delighted to have been offered the opportunity to read from the first Wolf of Dalriada story at the Wirral Festival of Firsts. In Finding the Wolf Within I shall be choosing excerpts that illustrate settings and character but don’t spoil the story. Tricky one!

On the An Author’s Mind blog, this month, I’m delighted to have the opportunity to introduce Rosalind Winter! Rosalind is an historical author with a difference. She is adept at playing with the ‘time-slip’ concept and producing truly original stories! Read on . . . 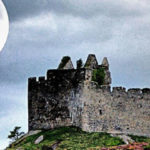 Hoorah! Final Draft of Staining the Soul off to the Production editor for proof-reading. Then off to the @RNAtweets for their New Writers Scheme for assessment and final suggestions. And then, watch this space.

A man, with ‘azure eyes’, interrupted me during my journey to Paris. He assisted me with my tartan suitcases then handed me a letter from Elizabeth Gates.  I broke the wax seal on the envelope. The gentleman disappeared while I admired the script on the letter.  I pondered whether I should return to Scotland.

I am delighted to present The Wolf of Dalriada, introducing with this extract, the series’ hero, Malcolm Craig Lowrie and his ‘azure eyes’. This historical adventure novel – run through with sparkling and unashamed romance – draws its characters from the Scottish Isles and the Palace of Versailles and Robespierre’s Paris – with all the bloodshed and glamour that implies. A blend of mysticism and intrigue with humorous social commentary, it’s the ideal read for popping in your handbag for that long train ride.

I hope you enjoy reading The Wolf of Dalriada as much as I enjoyed writing it.

I searched for Elizabeth Gates on Facebook and beseeched her to tell me more about the novel.  Mysteriously, she hopped on the train at the next stop, in Ashford.  She opened her novel and read to me.

GAELIC CALLS spin a web through the mist in arcs of soft sound. Fear unsteadies the unseen flocks on the scrub heather hillside as men and dogs weave a trap around them in the darkling night. Once the flocks are penned, then the lanterns are turned towards the south. The watchers wait in silence.

Meanwhile, down below, at Crinan Loch-side, a horse’s muffled hooves slither on the cobbled apron before the Castle Craig Lowrie gate. The slope is steep and wet with winter but the horse keeps moving forward. Then, at the forest’s secret edge, the muffles are removed, swiftly, deftly. The rider – dressed in groom’s clothes and wrapped in a stolen plaid – climbs into the saddle. Which way? They take the track north from Dalriada towards Oban.

Watching from castle battlements, eyes – azure, intelligent – pick out the moon-cast shadows as the rider moves away in dusky night. ‘Safer out there than here, at present,’ Malcolm Craig Lowrie thinks. ‘I will know where to find her – when I need.’

He pauses for the tiniest shard of a split moment. He wonders how it would feel to love and be so loved – as that young girl is. Then he turns back to his task in hand. A laird with five hundred armed men at his call, he is waiting – as always – for yet another attack.

Jessie: The man with ‘azure eyes’ was not from our world. Tell me more about the historical context and the plot.

Elizabeth: It is 1793. Revolutionaries plan to execute the French Queen Marie Antoinette and, watching events unfold alongside the whole of Europe, King George III of Great Britain fears French-style rebellion in his Scottish lands.There, fractured truths, torn loyalties and bloody atrocities are rife and, in Argyll, the Craig Lowrie clan desperately need someone to keep them safe. Malcolm Craig Lowrie, the handsome, murderous ‘Wolf of Dalriada’, rises to the challenge. Then, with Adelaide de Fontenoy – a beautiful young Frenchwoman fleeing from debauched lawyer, Sir William Robinson – Craig Lowrie finds love and his dilemmas become as unforgiving as the land of Argyll itself…

Jessie:  What do the reviewers think about the novel?  I expect they were thoroughly seduced by the plot and characters.

Elizabeth:  I have been very pleased with the positive response.

‘You won’t want to put this down’ – Carol Fenlon, Novelist.

Jessie:  How did you feel when you had finished writing the novel?

Elizabeth: I was quite bereft when I finished writing ‘The Wolf of  Dalriada’. As I couldn’t imagine life without the riveting character of Malcolm Craig Lowrie and the urbane and evil Robinson, I immediately started my second novel, due out this year. I’m now creating a series.

The Wolf of Dalriada sounds captivating.  The laird certainly sounds charming. I hope you are tempted to visit Craig Lowrie and his dilemmas. 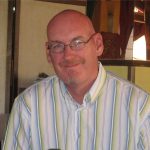 A single object can inspire a series. For this and further insights see the author interview on my guest blog with Tim Walker.

Read my guest blog where historical novelist Tim Walker reveals a secret or two about the latest novel in his series, A Light in the Dark Ages.

Uther’s Destiny  is a bold skirmish into the darkness surrounding King Arthur’s origins. 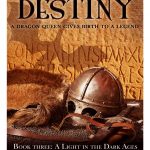 Well, here he is. Click on my Guest Blog to meet Tim Walker, author of A Light in The Dark Ages series. He is introducing his latest and last in the series, Uther’s Destiny and fascinating it sounds

So excited – here’s a foretaste of the Author’s Mind interview which will appear on my Guest Blogging page in a week’s time!

Can you briefly describe the story of Uther’s Destiny?

The story begins two years into Uther’s reign in the year 469 AD. He has succeeded his brother, Ambrosius Aurelianus, as high king of the Britons, and his main concern is to protect the boundaries of his kingdom – modern day England and Wales – from barbarian invaders. Uther’s destiny as a warrior-king seems set until his world is turned on its head when his desire to possess the beautiful wife of a noble, Ygerne, leads to conflict. Brittle alliances teeter on the brink of collapse as Uther doggedly pursues his quarry, oblivious to other pressing matters of state.

Court healer, and schemer, Merlyn, sees an opportunity in Uther’s lustful obsession to fulfill the prophetic visions that guide him. He is encouraged on his mission by druids who wish for a return to ancient ways and urge him on to protect the one destined to save the Britons from invaders and lead them to a time of peace and prosperity. Merlyn must use his wisdom and guile to thwart the machinations of an enemy intent on foiling his plans.

Uther is challenged to rise above his domestic problems and raise an army to oppose a gathering Saxon force. In a climactic moment, the two armies meet in a battle that will decide the fate of the island.

Guest Blogging about The Wolf of Dalriada for Faye Rogers

Today I am pleased to welcome Elizabeth Gates on to the blog with a quick interview! She’s come up with some wonderful answers!

What is your favourite thing about writing books?
Escapism. No matter what is going on elsewhere in my complicated life, writing is my bolthole. I feel safe and empowered.

Who is your favourite character in your book and why?
I thought about this for some time and concluded that it is too difficult to choose just one. I like the urbanity of the villain Sir William Robinson and respond in the same way as everyone else to Adelaide de Fontenoy’s beauty. Malcolm Craig Lowrie is a force of nature and hard to resist. But – as someone courageously trying to make sense of the world – I find the teenager, Lady Emma Bamburgh, the character I empathise with most easily. Probably because even though I am much older I haven’t managed to make sense of my own world yet.

What is your favourite drink to consume while writing?
Boringly – sparkling water!

Do you have any bad habits while you’re writing?
Twisting myself round my chair. Not listening to what others are saying to me and pretending I’ve heard it all. It’s embarrassing to have to ask people to repeat what they’ve said.

How do you research your books?
Reading the internet, books and journals, primary sources. Also, travel and visiting museums and art galleries. Further education courses. Talking to experts and to ordinary folk who have a story to tell.

Are you a plotter or a pantser?
Writing the first draft, I don’t plot. I have a general sense of setting the scene – with problems, conflicts etc.– then the action takes off from there. When I do the main edit, working through chapter by chapter, I write the synopsis at the same time and this helps me identify inconsistencies and plot holes and establish pace. Subsequent edits are ‘tidyings up’. So the short answer is: both!

If you could live in any fictional world, which would you choose and why?
1920s Paris, 18th Century Edinburgh, and so long as you weren’t too poor, 19th Century Cornwall would be exciting. Most worlds – fictional or otherwise – would be interesting in some way but I would need to have a return ticket.

If you could befriend any fictional character, who would you choose and why?
Precious Ramotswe has more of a handle on life than I do. I could learn a lot from her.